"It is of biggest importance to have various platforms to express oneself. Always strive to put your own voice in different lights to see how the reflection comes through in the music". 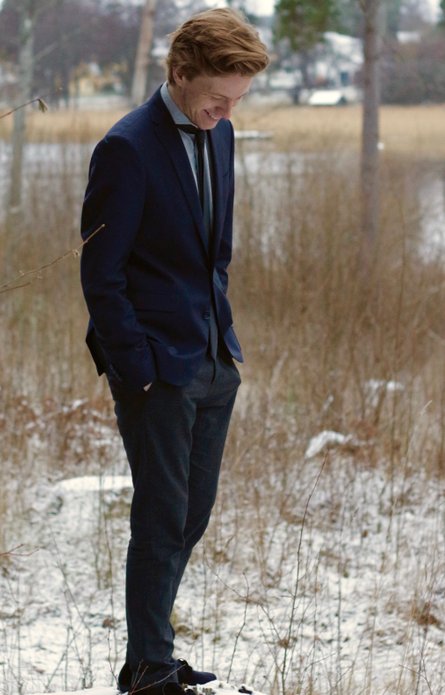 consists of Petter Wettre on saxophone, Lage Lund on guitar and Niklas Fernqvist on bass. The music being played is written by Karl-Henrik and a tour is coming up as of February 2019.

Somewhere and Somewhen is Karl-Henrik’s own project where he is the leader. It consists of a selection of the finest musicians in European jazz. They are all from different generations and backgrounds and this comes through in the music as a transboundary, explosive atmosphere. Five strong personalities come together in a powerful song of freedom song to the past and the future of jazz music.

Petter Wettre (Tenor Sax) is one of the bigest names in European jazz. After his studies at Berklee Collage of Music he returned to Norway to persue a grand career in the Scandinavian countries. He has made 15 records of his own and has played with musicians like George Garzone, Dave Liebman, Joey DeFrancesco, Adam Nussbaum among others. Karl-Henrik serves a part of his trio aswell as his quartet/quintet formats.

Håkan Broström Quartet is the main group of renowned alto- and soprano saxophonist Håkan Broström. Through various projects with both small groups and big bands he has played with such greats as Herbie Hancock, Mccoy Tyner, Calra Bley, Dave Liebman, Joe Lovano. As a band leader he has toured with Tim Hagans, Esbjörn Svensson, Joey Caldarazzo, Jeff ”Tain” Watts among others.

Kasper Agnas Cirkus with the peculiar setting of three altos (one of them beeing Karl-Henrik Ousbäck when not playing the drums), guitar and bass the group creates a sound that is hard to define but easy to appreciate. Foremost it features inspired ensemble playing with a lot of freedom. The individual solos does not focus on the virtuosity often found in jazz, but more on the core of musical wholeness. The music is happy, angry and very humorous. Members of the group are Julia Strzalek, Signe Krunderup Emmeluth, Mauritz Agnas and Karl-Henrik Ousbäck.